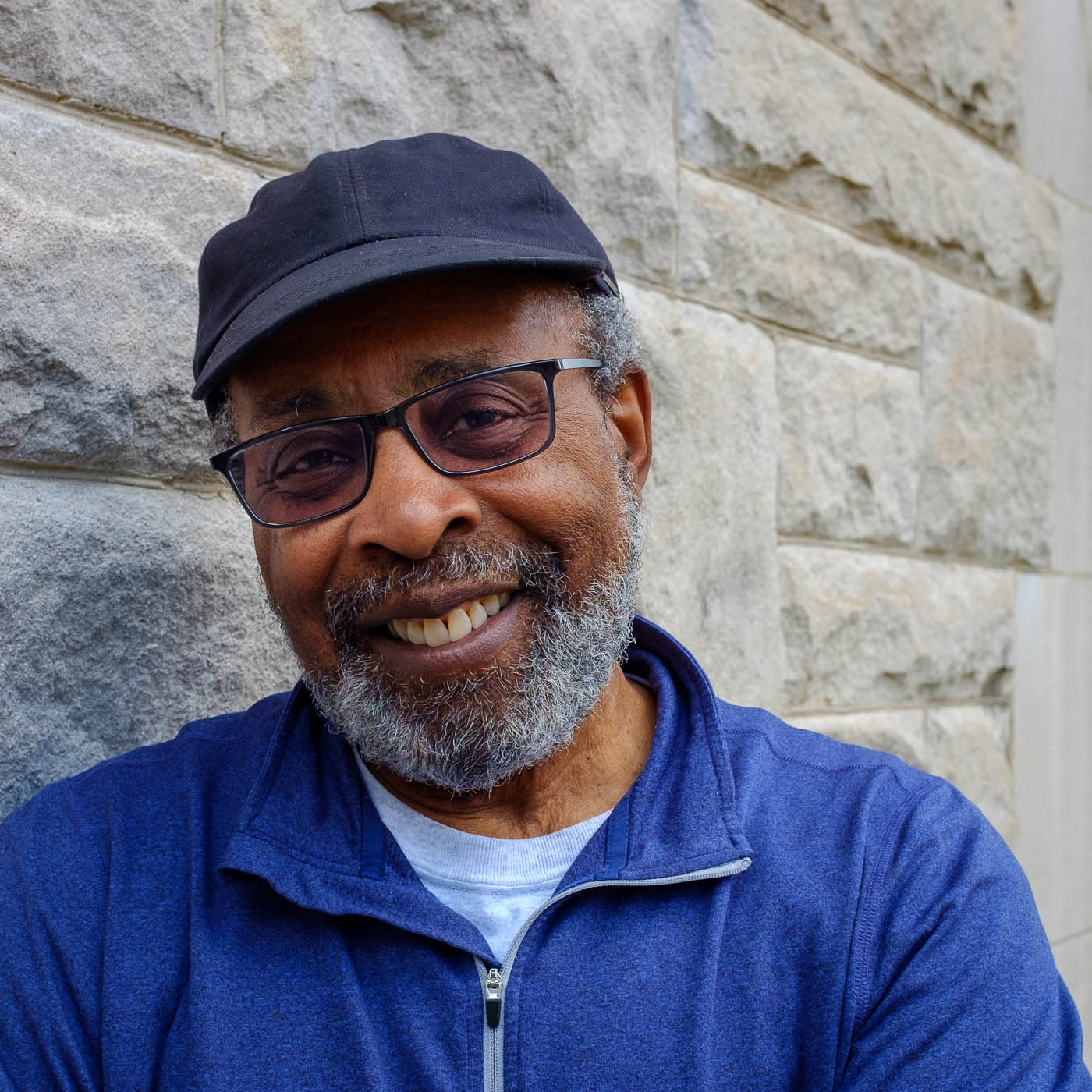 In all my college and university years, I have had frequent conversations with professors but never with one who has had a camera in his hand since he was a kid. But Lou Outlaw got his first at maybe 6 years of age because he was captivated by an adult always bringing a camera to family gatherings. “I just thought that was cool,” he says, “so I bought a Kodak Brownie.” (And he can rattle off the progression of his cameras from the Kodak to a Ricoh SLR Kit from Sears that he pawned for his first Nikon. Somewhere in that list is a 35mm he got in 1966 by trading his trumpet while a student at Fisk.)

When I asked about the one thing that all photographers would benefit in knowing more about, his answer was quick: “Themselves!” (Italics his.) He mentioned “my first, and very best” workshop teacher who said that “making photographs is an exercise in photographing oneself…” (Or, as Rick Sammon puts it, “The camera looks both ways.”

I wish there were room here to reproduce Lou’s Artist’s Statement because, at heart, it is about allowing someone to share themselves with his camera and himself with his subject and, by extension, with those who view his work. To see one of his portraits, you feel that you see the real person being photographed; to chat with him, you experience this sharing of himself and you find it easy to reciprocate. One of his recent portrait experiences was with the “Pioneers of Vanderbilt” project, which involved a display of photographs of the “giants” of the school. I suggest that you “Google” that and read what his subjects had to say about being photographed by Lou Outlaw.

He’s long been a member of the academic world, both as a professor of philosophy and as a member of administrations: most notable, to me, were his 20 years at a Quaker institution and now 19 years at Vanderbilt. If the content of the seminar he now offers at Vanderbilt is what I understand it to be, his students will come away with a better appreciation of how much human beings can contribute to one another. Whatever else you say of him, he’s a people person.

The area of his personal photography with which he has the most difficulty (he says) and he would like to improve is to learn to trust his own sense of how he would like his photographs to look, as well as exactly what it he really wants his camera to capture. And I suspect that he is his own best critic.

Putting on his professor hat, chatting with a new photographer, he would tell you to go to workshops. The interchanges these provide with the leader and with other photographers develop “your own sensibilities and passions” and teach you the technical aspects of your so well that you don’t need to think about the dials and buttons. The camera becomes an extension of yourself.

So…what do I say about Lou Outlaw? He has a Mini Clinic coming up that he calls “Up Close and Personal” and it’s about photographing people in difficult situations. I will be there.

2 thoughts on “The Smile Says It All”