Since 1978, my career has spanned a long, and very diverse journey.

Beginning in the genres of fashion, and music, for the first three years, I quickly established myself as a rising professional. Discontent, I followed my passion for telling stories, and immersed myself into the coveted territories of photojournalism.

Over a span of several years, I had photographed a virtual who’s who of world leaders – and the events shaped by them, including three U.S. Presidents, and several Presidential races. My camera also bore witness to the Solidarity Movement in Poland, and the Peace Conferences between The Zapatista and the Mexican Government.

My career then diversified even further with clients such as BBC Television, Paramount Pictures, The Broadway Series, and Pittsburgh Ballet Theatre.

In 1995 I transitioned, once again, focusing my passion for telling stories even deeper – a refinement that continues to this day. My inaugural project, that seemed to signify this refinement, was “A Mountain Dignity”: a, highly acclaimed, in-depth photographic documentary into, what I still considers, the true culture of the Appalachian people.

It has been written that “David’s images are exquisitely truthful”. My work with the Mayan cultures, living throughout Mexico’s Yucatan Peninsula, is considered monumental. “The images are both beautiful and, at times, haunting in their revelations.” “David’s ability to capture the very soul, of his subjects, is without rival.” “His images compel the viewer to connect with the subjects portrayed.” “David’s images truly tell the deeper story.”
In the Spring of 2008, nearly three years after having moved to Nashville, My vision evolved once again, expanding into what critics, and my contemporaries refer to as Fine Art Photography. Still creating from the place of a storyteller and documentarian, I broke any bounds that I may previous have had. “David is also quick to expound on the influences that living in the South has had on him, and his work.”

Since then I have received two museum commissions, and have been awarded by the Huntsville Museum of Art’s, Red Clay Survey, as one of the most influential artists of Southern Contemporary Art, in 2012.

I was a founding member of SouthLight; a salon of eight established photographers, from the U.S., and Europe, now residing in Nashville, Tennessee. I continue, fervently, to promote the knowledge and exploration of photography – both as a means of communication, as well as an expression of fine art.
I am also a prolific lecturer, and teacher of photography. Since 2012 I have lectured extensively for Hahnemühle FineArt Paper, to universities, and public workshops, throughout the United States.

As I head into 2018 I am actively finishing work on my most comprehensive, and extensive photographic documentary, to date: In Search of America – and will be publishing my first novel, based on this project. In addition, 2018 will see my return to conceptual fine art works, and begin work on a new photographic essay on the Bronc-Riding Cowboys. 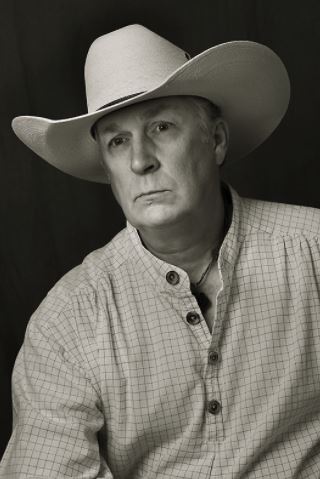 More of David’s work can be seen at his Website.