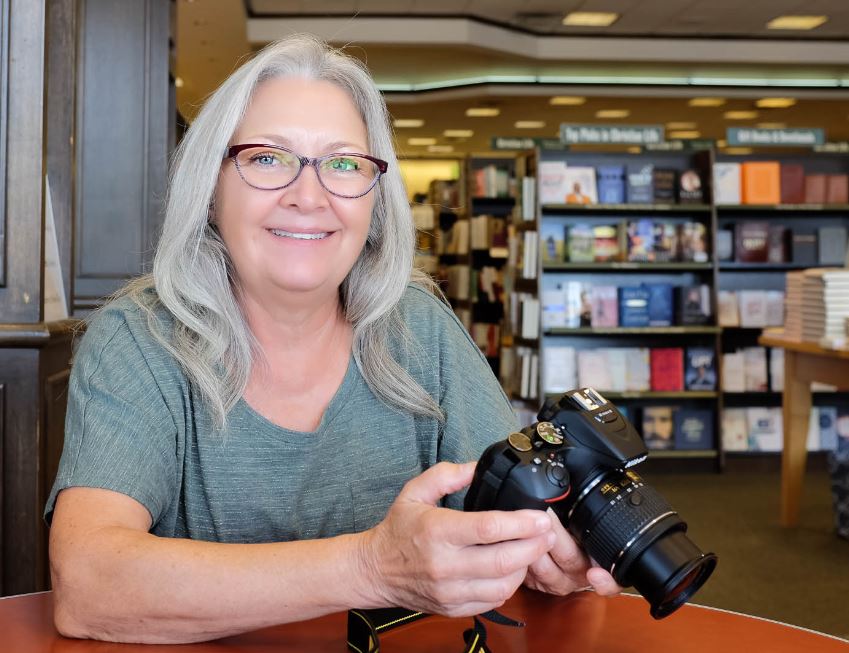 Any organization worth its salt needs and benefits from “new blood” and the Brentwood Photography Group is no exception; fresh faces bring fresh ideas and approaches. I want to tell you about a fresh face now in our midst that just happens to belong to someone whose sparkling personality matches her eyes.

I first met Jeanette Giza at the Old Car City Outing on October 20 last year; what I have discovered since is that she had joined our group just over a month before! This has got to be one of the quickest and most intense “jumping in” exercises in the history of BPG. Ron Rice discovered this, took her under his wing, and spent nearly the entire time that day walking with her and giving her camera tips. Jeanette had just moved from New Jersey to Brentwood where a daughter lives. So, she moves from the East and joins a large camera group of people she does not know and goes on a photo outing, all in the space of just a couple of months.

O.K. new to Brentwood and new to BPG. But, she’s not actually new to photography since, like most of us, she has had a camera of some kind for about as far back as she can remember. And she has boxes and boxes of film negatives to prove it. One of her current interests is learning how to function in a darkroom. Turns out that the camera she had with her at Old Car City (and still uses) she calls her “first real camera.” Like a lot of others, what she considers a “real” camera is one with detachable lenses. As we all know, there are lots of fine fixed lens cameras out there that also do good work. She is hungry, hungry, hungry for knowledge of how to use the thing as an extension of her vision.

I intentionally mention “vision” because, you see, Jeanette is also an artist. Literally. She showed me phone snapshots of 2 of her metal sculptures, which, to my sensitivities were “easy on the eyes.” She also dabbles in watercolors and has tried acrylics. It is easy to understand her wanting the ability to use a camera as a tool to create a photograph that reflects what the right part of her brain behind her eyes visualizes. These are my words, not hers, but that’s what I brought away from our interview. But how to find her way through to an understanding of camera settings and how to use a DSLR represents, to her, a “huge learning curve.”

Which brings me to the strange title of the blog. Jeanette is a retired 30-year veteran of the U.S. Air Force and her job was aircraft engine maintenance! Turbo props and jets. And she used to do her own car work, I guess until things got so computerized. But I’ll bet she can still do the non-engine stuff. And she says the main thing she needs to work on is “getting out more.” Maybe I’ll offer a series of tutoring sessions in exchange for a brake job?